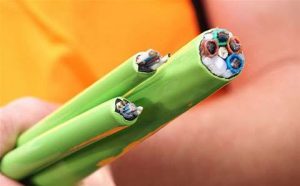 We at UDS have been on Optus cable for 20+ years, its been our rock and without fibre to the door there is no way in hell that NBN matches up with HFC (Cable) from what I can see. When NBN came to our door I asked questions they could not answer and gave me their bosses number before I cased them away. I rang the boss who was only a part timer working from home that could not find the paperwork on what speeds I would get.

The unacceptable problems I have had with Telecommunications Companies and the amount of times I have had to contact the Ombudsman and have lost business, really indicates that a royal commission is well overdue in line with recent inquires. Especially when a Telecommunication company will deliberately break the law and face a 5 million dollar fine because they made more money. If you were a conspiracy theorist you could say the industry has dragged its feet along with all the big multinationals so that small business can’t get it foot in the door (disruptive technologies such as Uber) so that Big Business has a chance to organise and dominate. The Telecommunications Industry needs to be called out on their Shitfuckery (urban dictionary definition Shitfuckery: 1. An extreme degree of nonsense, especially when coming from an authoritative figure. 2. Bullshit), resulting in the same bad behaviours the Banks got away with while making a killing.

The good news is NBN technology does not use (Optus/Telstra) cable at all, it uses less copper. So you can keep your Optus account going for as long as they keep it switched on and get the NBN to run in a cable and get set up completely separately. Once the NBN is connected and you find your one of the thousands that get disconnected every week then you can fight canceling the Optus/Telstra cable till they fix it.

Did you know that some suburbs had such bad copper telephone infrastructure that the NBN put fibre to the door, such as Yarraville. There is no such thing as internet equality in Australia.
A very interesting a disturbing article about a cable provider
https://www.smh.com.au/technology/optus-threatens-disconnection-to-sign-up-nbn-customers-and-fasttrack-hfc-cable-shutdown-20170310-guv5ek.html