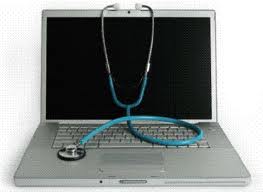 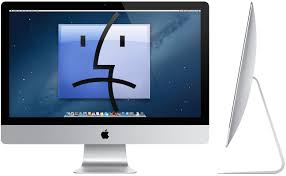 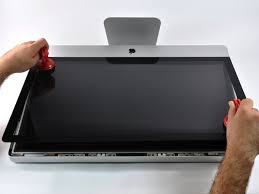 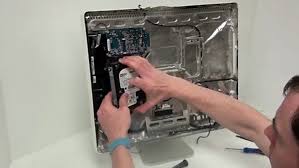 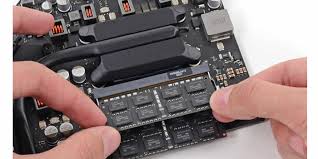 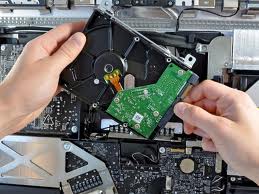 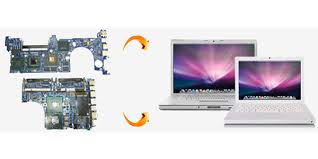 With over 18 years experience UDS has been there since before the beginning of Mac OSX when it was only a beta program.


Finding the failure in your Macintosh can be very time-consuming, service departments don’t always find the fault quickly and retail stores don’t know Jack. So to avoid being led down the wrong path and possibly have your computer away for weeks on end it is best to engage experienced help from the start.

Here are some guidelines that may help you get started.

Restart Resets. Try a restart and then try a Pram Reset hold down the following keys on restart Command+Option+P+R. Try a SMC reset unplug all power cables, and remove battery if you can then hold in power button for the count of 10 seconds

Permissions Fix. The most common repair task but not always the solution to solving a systems problem. Repair Disk Permissions function—the process that actually performs the task of repairing permissions—examines certain files and folders on your Mac’s hard drive to see if their current permissions settings are what Mac OS X expects them to be; if discrepancies are found, the offending permissions are changed to match the expected settings.

Fragment Hard Drive. The most common hard drive problems Mac OS users have always had with their disks, results from copying lots of big files, modify them and then delete them off constantly over a year, what you get is a hard drive that’s files are fragmented. What this means is when you load a file it has to go to several places on the drive to load. Fragment Hard Drive.

This method recovers files and folders that you thought were lost and that no other program can recover. Otherwise, you risk losing directory data and thus access to your files. With UDS, there is never a risk of losing directory data and thus never a risk of losing access to your files. This performance rebuild can also unravel other possible drive issues, that we can deal with before valuable data and time is wasted.

Harddrive Failure. All modern hard drives have a fail safe system called S.M.A.R.T (Self Monitoring, Analysis and Reporting Technology) and tries to detect early failure this can result in the drive running at half speed.

So if your hard drive seems slow, crashes the mac and is significant slower
then BACKUP NOW.  If it continues to fail turn it off and seek Mac Help.

If you are experiencing any of these sounds in the video below your drive has had a failure and in most cases only a disk recovery company can transplant new working components to fix your drive. This is because you drive needs to be opened in a clean room, (room with zero dust) and ranges from $400 to over $2000 typically with a minimum $85 evaluation fee. Apple builds an automated backup program into is Mac OSX operating system called Time Machine.

Play the video above if your hard drive is making any of these noises most likely is has a failed part and will need a level 3 clean room repair that ranges from $400-$2000.

UDS provides a level 1 and 2 recovery that can recover data off a failing hard drive, which typically ranges form $150 to $350.

MORE Info Hard Drives Facts
UDS predominantly uses the world leader in supply of hard drives, Seagate, this also includes Western Digital also owned by Seagate, as they come with a 3-5 year warranty and usually have better specifications. There is a Server Grade drive option but these can be 2-3 times the price for the same performance but better durability 24/7.

Hard drives cannot be opened in a normal room as they are vacuum sealed and the heads or stylus more than one usually (read/write magnetic head) runs less than a human hair from the  recorder disk surface (platters) and exposing the platters to the normal air we breath would destroy the data.

Google Results published in 2007 after they purchased Youtube claimed that OUT of 100,000 HD’s 8.6% failed after 2 years and early warning system like SMART (Self Monitoring, Analysis and Reporting Technology) only went off some of the time, drive that did warn (software) died within 3 months.

1) Temperature around drive did not have much influence on failure rates.
2) Older Drives fail more often.
3) Certain manufacturer’s drives definitely failed more often than others like Fujitsu.
4) SMART is pretty smart (most of the time)

S.M.A.R.T. scans that show a drive problem are very likely to fail within 60 days. Google determined that after receiving a SMART error, drives are 39 times more likely to fail than a drive that isn’t reporting one. Unfortunately, many other drives will also fail that never show a SMART warning (36% of SATA disks that failed were never detected by SMART).

Smart Utility is an app to scan the internal hardware diagnostics system of hard drives. SMART (Self-Monitoring Analysis and Reporting Technology) is software built into hard drives to report on various failures of a hard drive’s operation. The failures can be used to detect when a hard drive is having mechanical or electrical problems, and can indicate when the hard drive is dying. This allows time to hopefully backup, and then replace the drive. OnyX is a multifunctional utility for OS X. It allows you to verify the startup disk and the structure of its System files, to run system maintenance tasks, to delete caches, to remove a certain number of files and folders that may become cumbersome, and more. We recommend running a cache cleaner every 8 month or sooner if your system is slowing down but this software does not defray your hard drive or fix what could be a failing drive.

What is adware?
Adware is unwanted software that uses sneaky and dishonest methods to get installed on your computer, and then changes the behavior of your web browser. Once installed, it does things like injecting advertisements into web pages, causing pop-up windows or tabs to open to advertising sites, and changing your home page and/or search engine.

Adware is unwanted software that uses sneaky and dishonest methods to get installed on your computer, and then changes the behavior of your web browser. Once installed, it does things like injecting advertisements into web pages, causing pop-up windows or tabs to open to advertising sites, and changing your home page and/or search engine.

Although adware sounds like malware, there is a crucial difference: adware on the Mac has never been documented to involve keylogging, back doors or any other such malicious activities… just unwanted advertising. As such, most anti-virus software doesn’t bother to detect most adware, and if it does, it doesn’t do a very comprehensive job of detecting it. This is where AdwareMedic comes in – it detects the adware that anti-virus software doesn’t.

Where did it come from?
The short answer: from an installer for some app you were tricked into downloading from an unsavory site. This may be a site like Download.com or Softonic, or a site offering streaming of “free” videos, or from a piracy site or torrent, or something else similar.

The best way to avoid adware is to pay close attention to what you’re downloading. Adware typically comes attached to (or in place of) junk software offered by bad sites, or sometimes a bad site (like Softonic or Download.com) will wrap legit software in an adware installer. Obviously, you need to avoid such untrustworthy downloads. We regularly remove software like Genio, Mackeeper and Mac cleaner.

The best way to avoid adware is to pay close attention to what you’re downloading. Adware typically comes attached to (or in place of) junk software offered by bad sites, or sometimes a bad site (like Softonic or Download.com) will wrap legit software in an adware installer. Obviously, you need to avoid such untrustworthy downloads.

Removes all known adware from your Mac. It is very simple to use,  and should clean up your system in less than a minute, from start to finish. Just open the app, click the Scan for Adware button, and remove anything that is detected.

If you have purchased ram from us then it has a Life Time Replacement Warranty . A typical indication that you ram has failed is a different tone on startup. You can find out how much ram you have and what it’s speed is by going to the Apple pull down menu and selecting About this Mac.

Macintosh Computers now run many different graphics cards and with Applications like Photoshop using the powerful processors on these cards to view and edit these images faster.

If your experiencing random failure, freezing, power shutdowns while in Photoshop try changing the following preferences.

If the machine improves then the likely hood is that your graphics card is failing. There are other test we can run.

Please contact us with your serial number to see if your iMac or Macbook maybe covered under an Apple Exended 3 year manufacturers failure warranty. The most common service issue here is customers lack of wireless security and the fact lots of equipment is sold by consumer white goods resellers without secure and proper setup. In other words with no wireless security customers are unwillingly allowing nearby unknowns to get free web access. The cheaper home units also seem to fail after 2 years with problems like the network ports not working but wireless is. The other issue is there is no consistency in the setup menu usually accessed by web browser and they a notoriously difficult to setup when you want to share your data outside your home or business.

Complete failure of a power supply or battery can result in a fire danger. Look out for bulging batteries frayed power pack cables and the smell of burning circuit boards. You can protect your hardware by getting a UPS (uninterruptible power supply). This device comes in various ratings and has battery backup. We would especially recommend this for servers were you have many staff accessing one computer, this will reduce software bugs, drive and hardware failure and recude the need to restart services everyday.

One thought on “Mac Self Help Guide”